Learning about the future

Chappie didn't quite work for me. Whilst the character of the robot was endearing, the timescale in which the whole story was meant to have happened seemed impractical. Yes I know, an AI robot could learn really quickly yada yada, but this stretched my credulity.

So go and see the movie (even in 4DX) and be pleasured by an optmistic story set in a dystopian future... that will almost certainly have a sequel. Watch our for Chappiie! 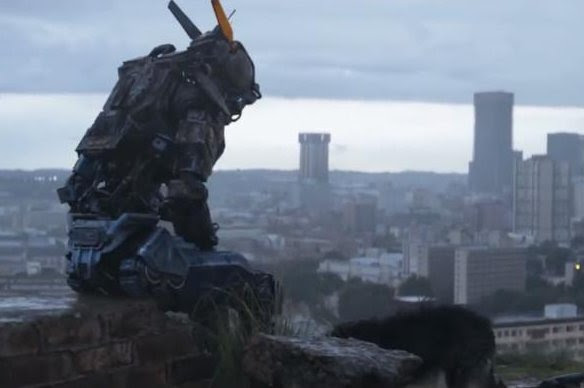 The story attempts to place immoral behaviour in its context and while some behaviour (even quite extreme violence) is 'justified' by the limited life choices facing some of the characters, other acts are determined to be wrong given the wider options open and the underlying motives of avarice and a hunger for recognition from another character.

People will forgive and support the people they trust, like and believe in, for actions which in other circumstances would be scorned. And people will do this even when objective evidence is scant or non existent.

And (I know I have said this before), leadership pivots on trust. Without trust there is no leadership.

How do you continue to demonstrate to those who look to you for leadership, that they can trust you?

This is the seventy eighth of my 2014/2015 series of blogs about leadership ideas to be found in the movies of our time. You can read here as why I began doing this (with an update at the end of 2014). Please subscribe to this blog if you want to read more. Thanks. Click the label 'film' to see all the others.
Posted by Jon Harvey at Saturday, March 21, 2015