A study in senility

Mr Holmes is an acting master class, not just from Ian McKellen, as you might expect (and of course Laura Linney is just superb in her understated acting), but also from the young man on whom much of the film is focussed. Watch Milo Parker in years to come: he shows extraordinary depth in this film.

The film slowly patches together the story of what happened in Holmes' last case and subtly affirms the idea that he was a real person. We switch from a post war Holmes with increasing senility and a far younger one trying to solve a case. Prompted by his young 'Watson' and a few bees, Holmes gradually recovers the whole story and resolution to the mystery. A slow gentle film that will intrigue you.

The language in this film is a treat. Frankly I could have enjoyed the film just for the way in McKellen wraps his lips around the precise words he utters. Slowly, word by word, we see him tell the story as the fragments begin to reappear and coalesce in his mind.

Words are very, very important to a leader. A misplaced phrase here or an unwitting exaggeration there can neutralise what might be otherwise a strong set of ideas. We need words to express what we mean and the best leaders use words precisely to communicate their ideas, just as precisely. Words can blaze new directions and inspire new hope, new beginnings. The power of words should never be underestimated... Leaders should be poets.

How good is your wordcraft?

This is the ninety eighth of my 2014/2015 series of blogs about leadership ideas to be found in the movies of our time. You can read here as why I began doing this (with an update at the end of 2014). Please subscribe to this blog if you want to read more. Thanks. Click the label 'film' to see all the others.
Posted by Jon Harvey at Wednesday, June 24, 2015 No comments:

Great in concept but...

I really wanted to be thrilled and delighted with Jurassic World but whilst it kept me on the edge of my seat... it irritated me. I will do the good stuff first: all the classic breathtaking horror of "are they about to be eaten alive" is there in abundance, and indeed some of the characters are summarily despatched in this way. The film pays due homage to its roots and if you like big snorting lizards steaming up the cinema screen, this is the film for you.

But some of the narrative was inconsistent, jerky and with a few clunky handbrake turns. "Oops, we have made this character just a bit too harsh, how can we soften them a bit... I know, we'll have a scene involving a dying brontosaurus and never mind there are slightly more pressing matters..." etc. I am being obtuse obviously, but see the film and you will get what I mean. I know it is a fantasy, but certain rules of human behaviour still have to followed... the narrative needs to be plausible. Nonetheless go and see this: you will be thrilled! (There is lots of embedded humourous references to other movies too...) 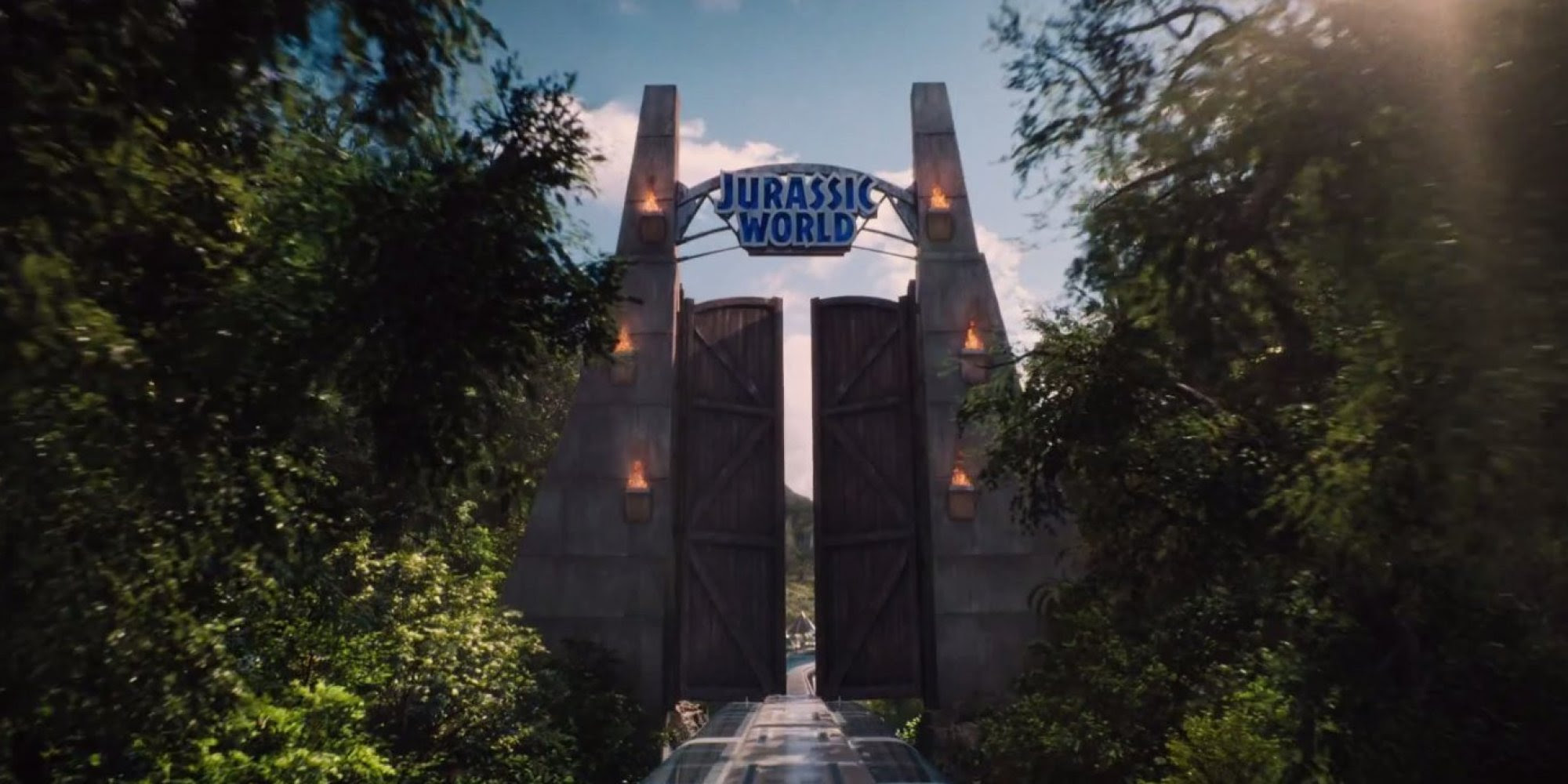 Friendship, loyalty even honour between beast and human is a key theme of this film. And understanding what is the real basis of those relationships is critical (you will see why).

Leadership, too, is all about relationships: loyalty, honour, commitment, friendship and all points in between. Some leaders seem to think it is all about just having a vision. It isn't. It is about conversations and building trust. People will comply with management but they will choose whether to be led or not.

Who have you chosen as a leader? Why?

This is the ninety seventh of my 2014/2015 series of blogs about leadership ideas to be found in the movies of our time. You can read here as why I began doing this (with an update at the end of 2014). Please subscribe to this blog if you want to read more. Thanks. Click the label 'film' to see all the others.
Posted by Jon Harvey at Friday, June 12, 2015 No comments:

Spy is glorious roller coaster romp of slap stick and wise cracking humour, of which you will not want to miss a second. The timing, the dialogue, the narrative, the self mocking satire ("it wasn't the car that was on fire, I was on fire" etc) are all top notch. This must have been a joy of movie to be part of the crew or cast. The sense of fun is squeaking out of every scene.

As someone who has adored spy movies from a very young age, it was great to see the anti-hero played so well by Melissa McCarthy (although she is not quite the all anti-hero you might think she is...!) Some great inverting of narrative tricks with some really well crafted action scenes as well. I do hope there is at least one sequel... Go see this!

Much of the humour in the film hinges on smashing stereotypes and challenging our superficial assumptions about what people can / can't/ should / shouldn't do. It shows the power of comedy to puncture inflated ideas about what is possible or correct.

Being able to make people laugh at life, and even at themselves (as Michael McIntyre is so good at too) is a golden skill for leaders to have. It is a skill not easy to develop, but it can be. We admire leaders who have a natural (?) ability to make us laugh because important things can be said more easily. But what if you are not a 'natural'? You could go on a course to learn... perhaps. How aware are you of what you say that does make people laugh... could you build on that?

Where is your comedy muscle, have you exercised it recently?

This is the ninety sixth of my 2014/2015 series of blogs about leadership ideas to be found in the movies of our time. You can read here as why I began doing this (with an update at the end of 2014). Please subscribe to this blog if you want to read more. Thanks. Click the label 'film' to see all the others.
Posted by Jon Harvey at Friday, June 12, 2015 No comments:

Man Up is a quirky romcom in the old tradition in that it is really funny and is very romantic. I am not sure that Simon Pegg would have been my first casting choice but he makes a very good male lead and is well balanced by Lake Bell who acts her part very well.

This is a film that you will be able to happily watch on the small screen if you don't manage to see it in the cinema. There are some neat twists and turns in the narrative and some brilliant cameos (Rory Kinnear is deliciously creepy!). You will enjoy this film if you liked Notting Hill or Four Weddings.

This film is laced with serendipitous spontaneity (or would that be spontaneous serendipity?) of the kind that makes you smile. And I think we smile because occasionally this happens to us: only yesterday I bumped into my brother at a service station some distance away from each of our usual stamping grounds.

Of course one can apply some sort of cosmic interpretation  to such events (star crossed lovers etc.) or just regard it as delightful happen chance & make the most of it. Good leaders do this: they take every occurrence (good or bad) & endeavour to capitalise on it - lightly, spontaneously & cleverly.

What is your serendipity quotient?

This is the ninety fifth of my 2014/2015 series of blogs about leadership ideas to be found in the movies of our time. You can read here as why I began doing this (with an update at the end of 2014). Please subscribe to this blog if you want to read more. Thanks. Click the label 'film' to see all the others.
Posted by Jon Harvey at Wednesday, June 10, 2015 No comments:

San Andreas is a real blockbuster: as in city block busting! I chose to see this in 2D as I thought I would probably be either overwhelmed or too distracted to watch it in 3D or even 4DX (Cineworld MK). The special effects are convincingly breathtaking and quite what it feels like to watch this movie in San Francisco, I would love to know.

The story is (of course - aren't all blockbusters like this) schmultzy and the narrative is almost entirely given away in the trailer. You will have to suspend disbelief a little... well a lot actually: there is no point being picky (for example) about how a speed boat would glide quite so effortlessly through the devastated & flooded streets of SF. Just go with it, as the characters appear to (!) and enjoy the spectacle. And be glad you don't (hopefully) live on a fault line... (And see if you can spot Kylie...) 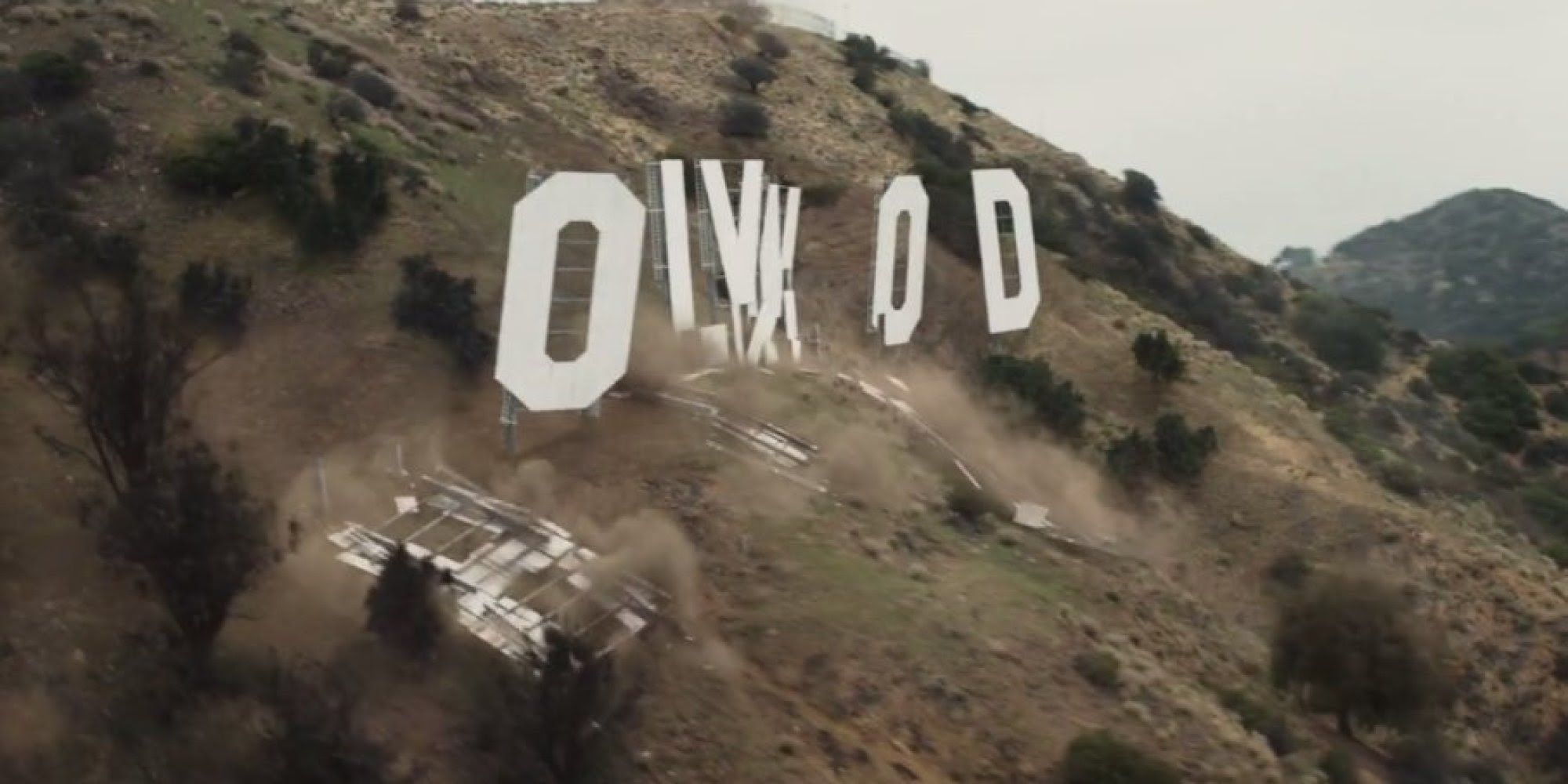 In leadership terms, what is great about this movie is the range of styles on show. There is the heroic Rock at the centre of it all but his style is complemented by the leadership that comes from knowledge, from loyalty, from compassion and from love. Each character represents a different kind of leadership and each is essential to the plot and its resolution.

..Not much different from any organisation where different kinds of leadership are needed too. The tragedy in some organisations is an almost myopic focus and admiration of only one or two styles. Just like in anything, we need diversity of leadership.

How do you as a leader develop styles of leadership different to your own?

This is the ninety fourth of my 2014/2015 series of blogs about leadership ideas to be found in the movies of our time. You can read here as why I began doing this (with an update at the end of 2014). Please subscribe to this blog if you want to read more. Thanks. Click the label 'film' to see all the others.
Posted by Jon Harvey at Friday, June 05, 2015 No comments: