Leadership: into the tunnel

This evening my mind is turning to the Comprehensive Spending Review.

Tomorrow, the Government will announce just where budgets will be cut and by how much. Frustratingly, the announcements probably won't include much detail as that will emerge over the coming months. But the broad sweep of which Departmental budgets have come off better or worse will be known. I wonder how the people affected by these budget reductions will react - be they front line staff, managers at all levels and, of course, the people & organisations who are current beneficiaries. This will be a bleak day for many as the rhetoric, leaks, promises (broken or otherwise) and hints of the past six months will be turned into reality.

And then I wonder how our public service leaders - beginning with the Prime Minister but ending with every single front line supervisor - will now lead as we enter this dark tunnel?
When David Cameron announced the outcomes of the Bloody Sunday Report, he was widely acclaimed as having struck just the right tone.

Tomorrow will also be such an opportunity for him and the rest of the Government to evidence the kind of leadership that will be necessary to implement the budget reductions in ways that do no more harm (to people and the economy) than is absolutely necessary.
Posted by Jon Harvey at Tuesday, October 19, 2010 No comments:

Water benefits all things and does not compete with them.

It flows to the lowest level that people disdain.
In this it comes near to the Way

From the Dao de Jing which is attributed to Lao-zi (there is a copy here: )

In part, my interpretation of these two stanzas is that true leadership does not compete or even try. The endeavour of a true leader is to be simply present and through that presence help bring forth the achievement of dreams and ambitions for all concerned.

What do the stanzas mean to you? 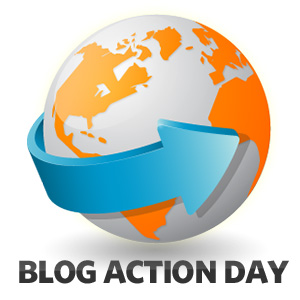 I have quoted this part of the Dao de Jing today as my contribution to World Blog Action day - which is today. The aim of the day this year is to inspire people to take action on the fact that right now, almost a billion people on the planet don’t have access to clean, safe drinking water. That’s one in eight of us who are subject to preventable disease and even death because of something that many of us take for granted. Access to clean water is not just a human rights issue. It’s an environmental issue. An animal welfare issue. A sustainability issue. Water is a global issue, and it affects all of us.

You can take action by signing the petition, top right on this blog. You can make a donation to Water Aid or indeed any other charity working in the developing world.

Or if you are lucky enough to live in a part of the world where you can just get yourself a glass of clean water easily - do so and drink it slowly. Please savour the knowledge that this is basic human need that all should be able to share. Also, I hope you enjoy this fresh gift from the sky!
Posted by Jon Harvey at Friday, October 15, 2010 No comments:

The bureaucrats guide to procurement

Just a note to say that Conservative Home have republished my article on procurement below on their website here. And they have been tweeting about it also:

Posted by Jon Harvey at Wednesday, October 13, 2010 No comments: