I was very fortunate to receive a wonderful Christmas present from my wife: an unlimited movie card for the Cineworld cinema in Milton Keynes. 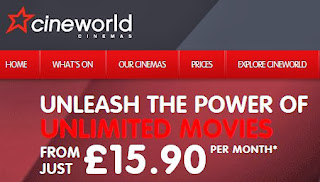 Over the next twelve months I can now go an see as many movies as I wish, and as many times each as I wish to see them! Fantastic!

Regular readers of this blog will know that I have written several times before about the leadership messages contained within movies. So now you can expect many more of these blogs since I have my unlimited card! Love Actually remains a favourite film of mine (even despite this rather funny and rather scathing review) and contains the line given the PM (Hugh Grant):


Whenever I get gloomy with the state of the world, I think about the arrivals gate at Heathrow Airport. General opinion's starting to make out that we live in a world of hatred and greed, but I don't see that. It seems to me that love is everywhere. Often, it's not particularly dignified or newsworthy, but it's always there - fathers and sons, mothers and daughters, husbands and wives, boyfriends, girlfriends, old friends. When the planes hit the Twin Towers, as far as I know, none of the phone calls from the people on board were messages of hate or revenge - they were all messages of love. If you look for it, I've got a sneaky feeling you'll find that love actually is all around.

I go along with that. But I also think that leadership actually is all around too. Just as government policies come and go, business strategies become popular then fade, companies are turned around or fail or departmental heads just want things to improve (etc)... the common ingredient in all of these is leadership. Nothing much happens in business and organisational change without good leadership. And a heck a lot of things go wrong with poor leadership.

So, I will be dedicating the many film based blogs over the next year to uncovering the good, the bad and the ugly leadership in the films I go to see. I look forward to debating these cinematic takes on leadership with you.

What was the last film you saw and what leadership message did it contain for you?
Posted by Jon Harvey at Monday, December 30, 2013