I spent the first half an hour watching Walking on Sunshine wondering how I would improve the film. Some films just work from the off, while others... um... don't. Some musical movies segue from one song to another effortlessly and convincingly. This film doesn't. Instead 80's hits are shoehorned in to what is essentially a cup cake of movie.

The acting is uninspiring, the sets just a bit too twee (I wonder if the Pula tourism authority paid for a lot of this film!?) and the narrative is about as substantial as candyfloss. What can I say? Go see this movie if you are still living the dream of 80's and addicted to all romcom films. If not, there are better films around. 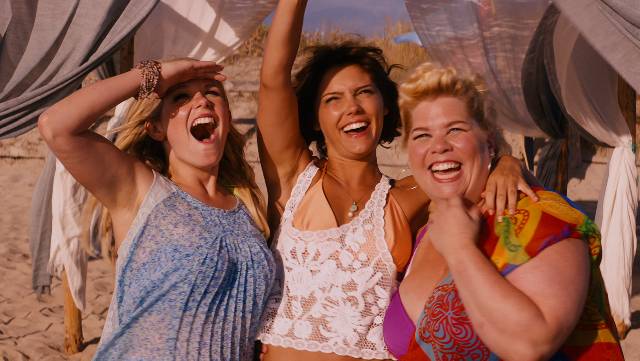 At one point in the movie, one of the characters says that perhaps she is in love with love. This got me thinking about whether some leaders are in love with leadership rather than the results they are achieving. I finally got around to watching Into the Wild the other day (my son has been saying I should see this for a while) and a) it is a 1000 times better than Walking on Sunshine and b) it too carries a similar message: happiness is only real when it is shared.

Leadership is not a thing in itself. It is a always a means to an end. And than end is a result worth having: a change to the world that is valuable to more people that just the leader her/himself.

For whom do you practice your leadership?

This is the thirty sixth of my new series of blogs about leadership ideas to be found in the movies of our time. You can read here as why I am doing this. Please subscribe to this blog if you want to read more. Thanks. Click the label 'film' to see all the others.
Posted by Jon Harvey at Friday, July 04, 2014